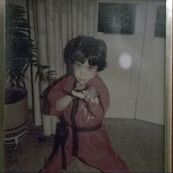 listen on Soundcloud
A non comprehensive selection of commissioned compositions, film music, and recordings. Please refer to the About page for more info on music and biography.

THE DANCE SCENE
from the soundtrack of "No More Heroes"
Brzezinka, Poland

Two
or
The Dragon 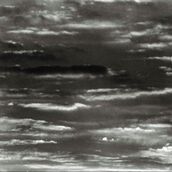 visit website
​Two or The Dragon is the Beirut based electro-acoustic project by Abed Kobeissy and Ali Hout. It was sparked when Kobeissy and Hout began to compose music as a duo for contemporary dance and theater performances. Their dismissively unapologetic music speaks deconstruction, dance grooves, industry, satire, and hints of a deniable melancholy. The whole thing questions Arabic music’s ability of expressing urban soundscapes, and its capacity to express violence as an organic aesthetic. This collaboration revealed a shared interest in the unique sonic aspect of the duo’s hometown; the never-ending ever-expanding construction sites to reshape the city, the randomly scattered generators to power houses, thousands others to pump water from wandering tankers into buildings, a continuous carpet of noise that has become the soothing agent of amnesia in an absurdly long post-war period.

Their music as well as their compositions for theater and contemporary dance productions featured them in festivals and concerts in Lebanon, the UK, the USA, Canada, Germany, Sweden, Norway, Ireland, France, Greece, Italy, Belgium, Hungary, Chile, the UAE, Jordan, and Egypt. Two or The Dragon released their first EP album “Prelude For The Triumphant Man” and are now preparing to release their next album after having received a support fund from AFAC. 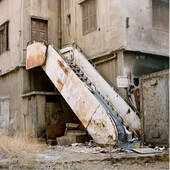 Two or The Dragon on Bandcamp
Prelude For The Triumphant Man
(EP released on Nawa Recordings 2017)
The duo's 3 part EP "Prelude For The Triumphant Man” kicks off with a deconstructed melodic coughing of the Saba Maqam (Arabic mode), romanticizing the phantom-like presence of the drilling and banging of post-war reconstruction and urban development sites, the incessant hum and vibration of thousands of small privately owned electricity generators and water pumps in building entrances, the constant grid-locked traffic, leading to a strange yet inevitable sort of faint melancholy. Enter an unjustified dance, a pop moment with a leading tumultuous buzuq and an edgy processed darbouka, in a dangerous and festive celebration of absurd accomplishments. Enter the poets who introduce victors, with a wailing political rallying poem about a great and holy triumph to come, spoken in an unfathomable pseudo-Arabic tongue, of which we can’t understand a word, but the speech works nonetheless. "Prelude For The Triumphant Man” is about god’s triumph over everyone else. 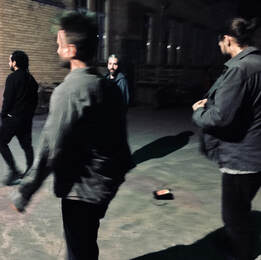 STELLAR BANGER
This beat noise quartet emerged from a collaboration at the Irtijal Festival for experimental music in Lebanon. Hailing from Beirut, Abed Kobeissy and Ali Hout are tackling Arabic music’s capacity to express urban soundscapes as an intrinsic part of its local aesthetics. The German based musicians trumpeter Pablo Giw and percussionist Joss Turnbull are working with the extensions of their instruments to the full means of sonic-intertwine, instrumental deconstruction and acoustic replay.

MOURTAFA' 1000
Mourtafa' 1000 is a combination of two of Beirut’s most prolific musical couples: Abed Kobeissy & Ali Hout (Two or The Dragon) with Sharif Sehnaoui & Tony Elieh (Karkhana, Calamita, Wormholes Electric…). The four musicians had already worked together in various projects and the idea of a quartet soon became self-evident. It was finally launched in September 2019 during Mannheim’s Planet Ears Festival.
The band aims to explore how various musical genres and esthetics can co-exist to form a unified field. They draw on a vast and eclectic array of backgrounds to create the plateaus that give life to the music: from traditional to rock, experimental to electronic, noise to free improvisation. Despite an attachment to their respective instruments, the quartet opens up its sonic spectrum by a heavy use of electronics, effects, samplers as well as extended techniques.
Abed Kobeissy: buzuq, effects
Ali Hout: percussions, effects
Sharif Sehnaoui: electric guitar
Tony Elieh: electric bass